It’s been quite some time since I’ve done a post on this blog… hopefully this will change that. Now that it’s been some time since the Last Jedi came out, and I’ve had time to see it twice while properly think about it, I felt that it deserved a post.

Let me say it up front. Overall, I enjoyed the Last Jedi. Yes, I believe it’s a flawed film, with some lousy pacing and other bad choices I’ll elaborate on… in the end it has enough strong points that I believe it’s not a bad movie.

First of all what I think is terrible about the movie…

Out of place humor. While I’m all for having jokes in even the darkest movies sometimes, it should fit the feel and tone of the overall film. This isn’t a big issue, but to open the movie with this felt off tone and started audiences off on the wrong foot I believe. 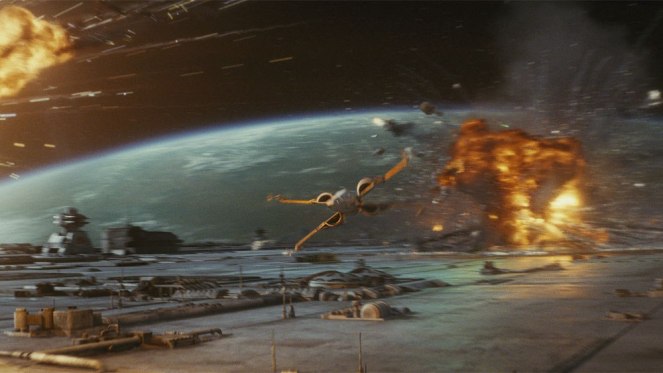 Too much fluff. Here’s the real meat of the issue. The movie is super long for a Star Wars film and is packed with odd scenes (green milk anyone?) and yet couldn’t dig into the real meat of what would have made the story much more fulfilling.

Something myself, and other fans have been itching for is to know and understand the backstory of how virtually all the work the previous three movies had established could be undone. To understand who Snoke is, and where he came from is part of this. Instead of the Canto Bight “sidequest” to get a code hacker, which in the end gave almost nothing to the story but an old lecture of “what is good and evil”? Which Luke is already giving to Ray… in a right way it hammers his points home, but in a wrong way it doesn’t feel successful at it, and instead just feels pointless by the end.

Because so much of the film is taken up with this, we are instead by Rian Johnson’s own admission robbed of Snoke’s backstory because it didn’t fit into the “pacing” of the story. I understand how lousy exposition can be (show don’t tell)… however, to know who he is and where he came from, and how he founded the First Order is KEY INFORMATION that should not have been left out from the first 2 films in this new franchise. To remove Canto Bight and focus on the real duality of Rey and Luke, and Snoke and Kylo Ren would have been far more interesting and subtle a parallel.

Though of course, that’s not much for the other characters to do, so that takes me to my last main gripe with the film. So much of the film was a tedious slog of capital ships doing nothing. I would have preferred an on again, off again, chase like in Battlestar Galactica, which could have had spies or some kind of plot on the ships, while also going into detail about Snoke and Kylo Ren more as mentioned.

I also didn’t hate that Leia floated… give her one chance to use the force! And it’s space… so it’s okay…

Now, with that out of the way… what I enjoyed! I actually think that 90% of how Luke was handled in this movie. Showing his choices with Kylo Ren and his failings, not knowing that Han was dead, and his coming to grips with his shortcomings was one of Mark Hamil’s strongest and most profound (again, other than the milk) performances yet. It helped set the tone for the film and its message.

Likewise, the interactions between Rey and Kylo Ren helped deepen the characters overall and worked well. This in many ways was the most potent aspect of the film and held the most emotional impact for the film.

There is little about this that I would change, though the section where Rey goes into the cave feels again pointless, and doesn’t give much insight that isn’t already given to her character.

Finally the climax with Luke appearing at the end I believe was well done overall, but like many, I lean more towards the side that going in person would have had a more significant emotional impact to the movie. I was ok with his holoprojection, but it still felt like it cheated just a bit, and I would have rather seen him die in the same way Obi-Wan did, rather than how it concluded in the Last Jedi…

Well, that’s it! For better or worse! I’d rank it a 7/10 after all this, as it still had a strong enough core to carry it, despite its flaws.